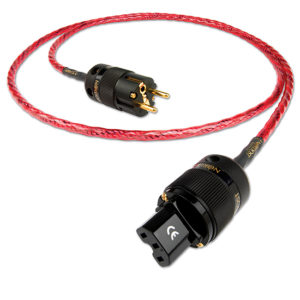 Nordost’s original Flatline loudspeaker cable introduced the audio world to both an entirely new level of performance and a unique production technique. Our proprietary, extruded FEP cables, with their thin, flat profile don’t just look different – their deceptive simplicity is a uniquely elegant answer to the conflicting requirements for low resistance, capacitance and inductance that limit the performance of more conventional cable configurations. Now, by re-examining the geometry of each cable, we have reduced dielectric effects still further as well as optimizing the physical spacing of the conductors. These advantageous electrical characteristics, combined with the intrinsic geometrical accuracy of the ribbon configuration deliver unprecedented dynamic response, phase accuracy and detail, providing a place for everything and make sure that everything arrives in that proper place. The result is a combination of natural, unfettered dynamics and clarity that make your music and movies more accessible, more involving and more lifelike. The original Blue Heaven was a hard act to follow, but the LS version easily exceeds the performance of its renowned predecessor, bringing even budget electronics and speakers to life.